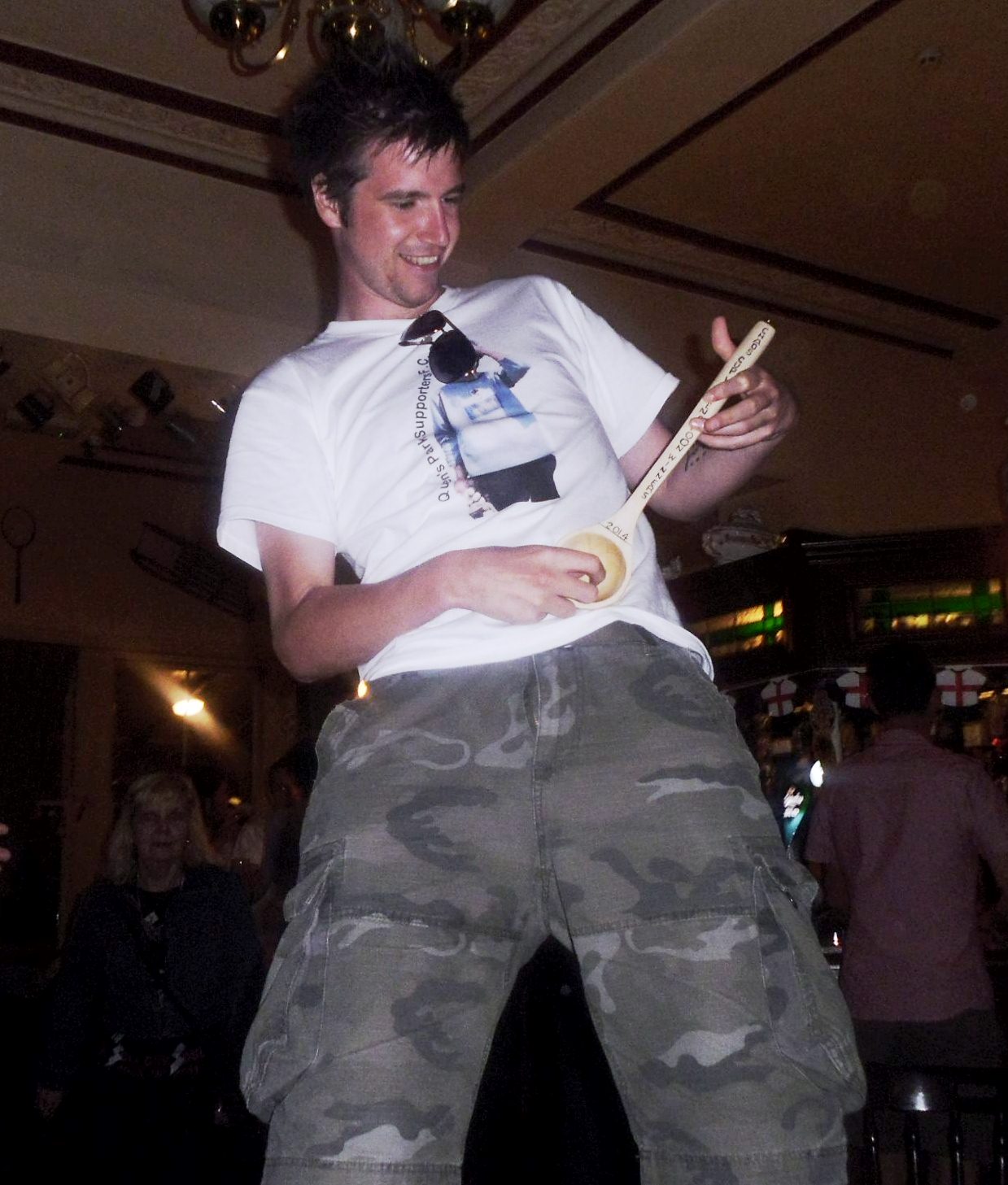 On Sunday against Troon Sean Connolly will make his 100th appearance for the Club.

Sean made his debut back in March 2010 in our special game against Dulwich Hamlet which saw us field three different teams during the 90 minutes. Originally Sean was just “Craig’s pal with the stupid hair” but gradually he came into his own, particularly on away trips.

For a guy who has played mainly in midfield he has an impressive goal tally with 25 goals and two hat tricks and his favourite goal came back on Wee Al Day in Perth back in January.

“My favourite goal has to be the 108-yard(ish) header against Ormond Saints which was completely deliberate and not assisted in any way by the conditions or the surface as it sailed majestically by the outstretched arms of the stricken goalkeeper as he made a valiant but fruitless attempt to stop what was ostensibly an unstoppable attempt at goal. Even though I’ve (arguably) scored better goals it’s the only header I’ve ever scored and may be the last (Thanks Antics).”

The arguably better goals have generally been long range efforts although it was a close range finish at Tain which won him the Goal of the Season in 2012/13. Talking of Tain, that was the day that Sean met Suzie the Sheep although the full story (and photos) of that encounter still can’t be told due to a super injunction !

Last season was Sean’s best, mainly because he was available more often and had stopped screaming in a high pitched voice for the ball all the time ! However, the best game Sean played in was back in 2010.

“In spite of a couple of hat-tricks and some close battles with Calders, and their Italian mafia, down the years the game that always sticks in my mind as the best I was involved in was the 3-3 draw with Bully Wee United (14-Aug ’10). It was a complete team performance that day against a very good opposition team.

The most gutted I’ve ever been after a game was when we conceded two injury-time goals against Coasters to lose 3-2 (04-May ’14) in what would have been the team’s first ever win in Oban.

Favourite social memories… are a bit hazy… but I do recall [somehow] beating Big Cal at darts, the birth of the Dentist Chair, getting thrown out of The Shed and Sebo getting strip-searched by the police.

There haven’t been many low points because you can always go back to the pub and have a laugh with the team lose, draw or lose, but the one that will always stick with me like a lump in my throat is arriving at the CHAOS 6’s in 2013 to some of the saddest and most shocking news I’ve ever received. I was very proud to represent Martin this summer on the anniversary of that day and equally proud to be joining him on 100 appearances for QPSFC this weekend.”

Congratulations to Sean for Sunday on joining the 100 Club and we also wish him well in his new job in Granton-on-Spey which he’ll be starting later this month.